The mountain Giovo Rondinaio for many years is now considered a great playground for winter climbing activities .
Its majestic Linnhe vertical routes from the channels that fall into lakes , interspersed with lively slopes and picturesque valleys , have so far attracted over the years, many climbers , hikers or just tourists eager to breathtaking landscapes .
Besides, thanks a particular micro-climate , which features both morphological weather , means that in these places would be created on the optimal environmental conditions and difficult ritrovabili in the Apennines , such that they favored the development of a certain type of " soil "and then mountaineering .
At first they were the channels, steep and collected , which being filled with snow , which often freezes, have offered wonderful opportunity to climb more or less technical mountaineers wishing to try their hand at climbing " armed" with crampons and ice axes .
With the advent of new techniques and materials , as well as a more enlarged , winter mountaineering has suffered , particularly in the last decade , a considerable increase of the difficulties can be overcome and a widening of the field of action , the canals, the casts of ice .
Eager to be able to perform well in our mountains gestures of cascatismo climbers , began in the sort of finding these walls of ice .
From the beginning we realized that in this corner of paradise you go to form almost all seasons a number of glaciers that have made this area highly attractive to the practitioners of this type of climbing frozen waterfalls .
From the winter season 2004/ 05, noting that the phenomenon and the popularity of the place was starting to expand, although still limited to a handful of climbers , I decided with the help of some friends, and in particular with the thrust of the forward-looking Massimo Bernardi , cataloging and reporting lines of the most famous and known ice in the area, in principle , after seeing that much can still be done in this field , I started exploring in search of waterfalls still inviolate , salendone and trying to take advantage of new and transfer in the Apennines new trends arrampicatorie , actually opening the first lines of dry-tooling of the area.
This area, modest compared to the large Alpine valleys , however, is giving us great satisfaction , allowing us to play with the many different forms of mountaineering , offering an ever renewed from year to year with many ascents yet to be discovered or simply "see" above in the field of mixed classical and modern. 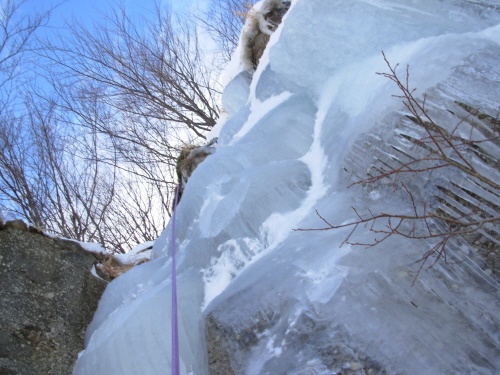 This is in the photo on the right looking at the waterfall of the Celts .... we have not yet had time to relate it ... and this year 'and not' fully formed ... speriam in the ice as abundant as in the picture....

If you want your reports or climbs are published in this field please send it via email or bring it to hand at the shelter.

Between Hope and a Wish

The Waterfall of the Celts

The Phantom of the Lake 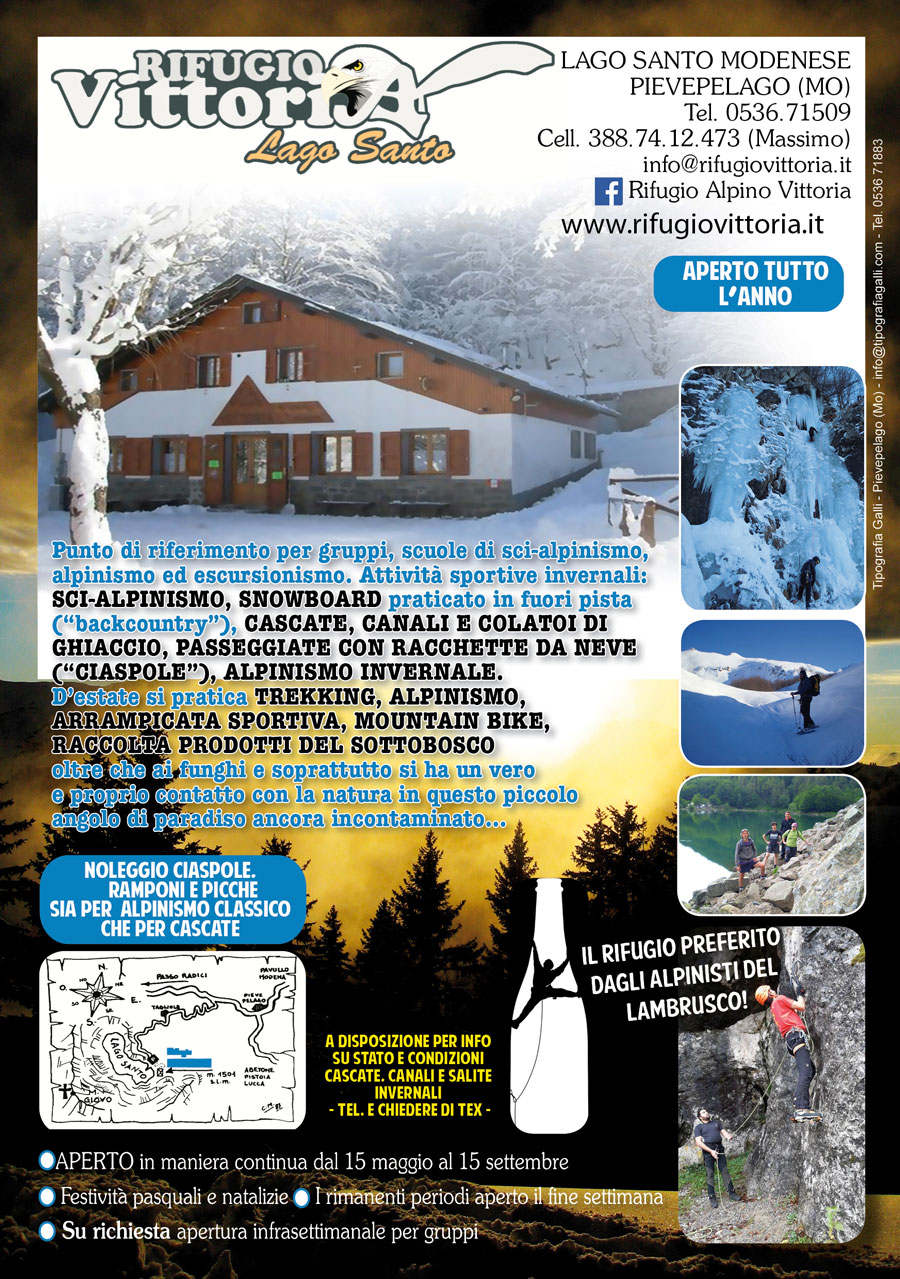